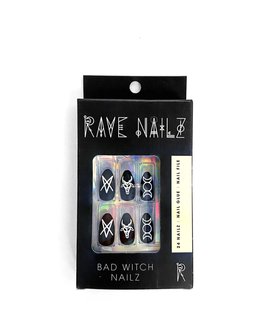 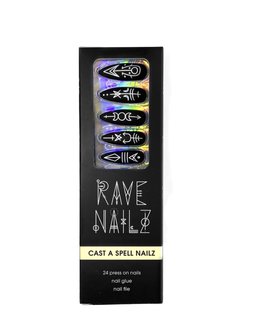 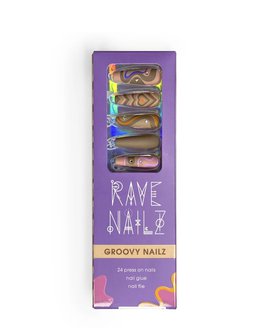 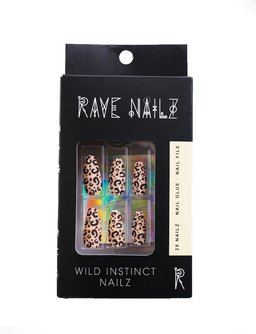 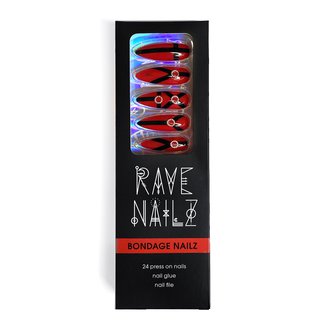 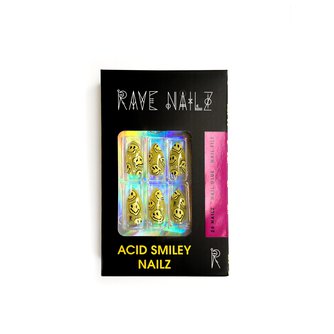 Rave Nailz is a female-founded, artist designed press-on nail brand that intends to revolutionize the beauty industry with the world’s first ever designer press-on nails. Founder, Braelinn Frank, took her flair for nail art, design, and talent for entrepreneurship to create Rave Nailz, a nail brand that specializes in press-ons perfect for anyone who's looking for a fun addition to any ‘fit from the comfort of their home.

From long and witchy to cute and flirty, Rave Nailz aims to create salon-quality masterpieces worth experimenting with.

Braelinn Frank is an Austin based nail artist who got started in 2012 while living in Los Angeles. She quickly gained notoriety for her nails always being "on point" every time she would attend a rave, hence the name, Rave Nailz.

It wasn't long after Braelinn posted her designs on Instagram that people from all over the world began to ask how they could get her designs on their nails. She decided to start painting her designs on press-on nails and sell them on Etsy. Soon enough, Braelinn realized sales and wholesale requests were pouring in so rapidly, to a point where hand painting each press-on nail became nearly impossible in efforts to keep up with demand.

Finally, Braelinn decided to take the revenue from her biggest wholesale order yet, and use it to produce her first manufactured designed press-on nails. Rave Nailz now produces the world's first ever designer press-on nails, in a way that has never been done or seen before. Braelinn's artful designs are available as an at-home manicure and replicate true salon quality created by a celebrity nail artist. 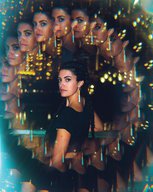 Braelinn Frank is both an artist and a business woman. After falling in love with the rave scene in 2009, she began painting her nails on theme with whichever rave she was attending that weekend. She became well known in the scene for her impressive nails, and started an Instagram account called "Rave Nailz", not knowing it would become a business one day.

Wanting to be able to create more nail art than her own two hands would allow, she began painting on press on nails. These became her preference- she could wear long, extravagant nail art without any of the dry time, and they looked exactly- if not better than- a real salon manicure. Soon, she decided to list a few of these on Etsy under the shop name Rave Nailz.

Meanwhile she obtained a Bachelor's degree in Business Entrepreneurship, inspired by her entrepreneurial family, and an Associate's in Graphic Design. She knew she had a passion for business, art, and music- so she freelanced as a graphic designer in the music industry for years, creating artwork and logos for names such as Cedric Gervais, Rusko, School of Rock, and more.

But, she wanted something else- to share Rave Nailz with the world. She continued creating new designs, and explored (just for fun!) packaging designs, and reached out to manufacturers to find out what it would take to get her designs produced. During this time her Etsy shop was gaining traction, and she was getting attention from retailers. Finally in 2019, she got a wholesale order so big that she decided to take the leap- she took the money from that wholesale order (plus a little help from her credit card) to manufacture her designs.